India likely to get relief from the Coronavirus, Will the heat reduce Corona’s haze?

India likely to get relief from the Coronavirus, Will the heat reduce Corona’s haze?

by Newsvishesh
in INDIA
A A
0
491
SHARES
1.4k
VIEWS
Share on FacebookShare on Twitter
India is likely to get relief from the coronavirus. MIT says the heat will increase in the coming days. Just like the country is in lockdown. Even the weather will be helpful. So the fight against Corona is likely to be easier for India. However, this is a study and among these possibilities, it is necessary to take the necessary precautions against corona including lockdown. 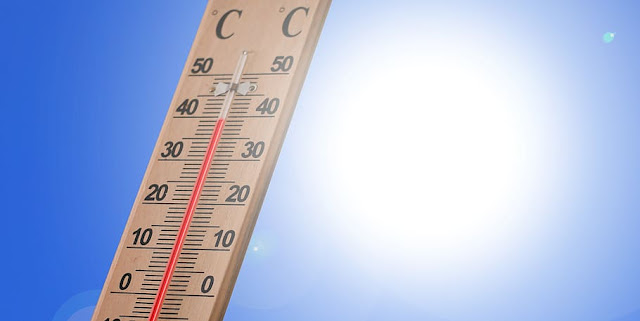 The whole world is shaking today with the fear of corona infection, And more than three billion people in the world are currently forced to live in a lockdown or something like that. Corona infections are on the rise and the death toll is rising. A scientific study is likely to give the world a sigh of relief.
Weather is also hoped in trying to avoid the corona toxin virus. Reports are coming from the world’s largest universities and institute that the temperature will rise, So Corona’s grief will subside and it will end.
If the findings of this study prove to be true. So in India at present even if the mercury is a little lower. But as the sun rises. At the same time, the hope of survival from corona in India will also increase. This hope has been raised by the world-renowned Massachusetts Institute of Technology  MIT.
According to a recent study by MIT. If the weather is hot and humid, it will greatly reduce the risk of spreading the coronavirus. In countries where the temperature is between 3 and 17 degrees Celsius and the humidity is 4 to 9 grams per cubic meter. There has been 90 percent of cases of coronavirus. While in countries where mercury is above 18 degrees and humidity is over 9 grams per cubic meter, Only 6 percent of such cases are coming up.
The MIT report is very reassuring, at least for India. The meteorological department believes that the temperature in India is likely to rise in the coming days. In the United States alone, this study shows the difference between coronary artery disease in hot and cold areas.
While the northern states of America are colder, the cases of corona here are twice as high as in the warmer states of the south. The research also found that Corna’s cases in India, Pakistan, Indonesia, and African countries have declined due to their warmer weather. Yet these countries have dense populations and even health facilities are much poorer than China, Europe, and America.
So far, Corona cases and deaths in India, with a population of 130 crores, are lower than in the US and all European countries. If the MIT report proves to be true. So it will be a great relief for India. But to avoid Corona, it is imperative to heed Prime Minister Narendra Modi’s advice on social distance.
Measures such as hygiene to avoid corona, frequent hand washing, avoid hand-to-nose-eye contact, wearing a mask if possible are required to be followed during the 21-day lockdown and until further notice.