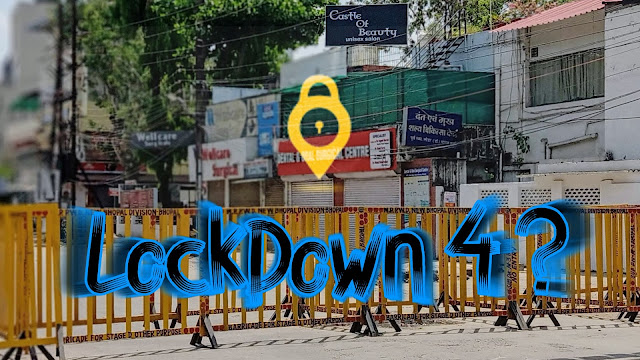 One after another 3 lockdowns have taken place in India. The same question is in the minds of one and a half hundred million Indians today whether lockdown 4.0 will come after May 17 or the locks will be unlocked.
Prime Minister Modi has also sought advice in this regard by holding video conferences with all the Chief Ministers of the country. Amidst the confusion among Indians, there is optimism that the lockdown will open on May 17.
The lockdown due to the coronavirus epidemic in India will end on May 17. And that is why it becomes so important to decide on the next strategy.
In this meeting, all the Chief Ministers presented their respective views in which Bihar Chief Minister Nitish Kumar suggested that the lockdown should be increased. Nitish Kumar said that after the lockdown, a large number of people will migrate from state to state. Which may exacerbate the crisis of the corona.
Prime Minister Modi took the opinion of the Chief Ministers of all the states for that strategy and he said that all the states of the country have worked together. The Cabinet Secretary is in constant touch with the Secretary of State. Stay more focused, increase activism, and move forward with a balanced strategy. What are the challenges? What could be the way out? That is what we have to work on. Prime Minister Modi told the Chief Ministers that the next direction would be decided only on their suggestions. Although India has largely succeeded in rescuing itself from the crisis, it is also certain that the crisis will escalate if the two-yard gap is reduced.
For the migrants, Prime Minister Modi said, “Our efforts have been to stay where they are”. But, human beings have a mind and subject to it we also had to change some decisions. Now we have to make sure that the crisis does not reach the rural areas. The biggest challenge for us now is the same.
Perhaps the most important thing that the Prime Minister did was that he also sought the suggestions of the Chief Ministers on economic issues.
However, even in this meeting, politics was necessary. West Bengal Chief Minister Mamata Banerjee has accused the Center of discriminatory politics. Banerjee said the Center should maintain the standards of the treaty. Kendra’s letter to Bengal is always leaked. The central government should not do politics at such times. While West Bengal is doing well in the fight against Corona, the Center should understand that Bengal also has international boundaries.
All in all, it is becoming clear from Prime Minister Modi’s meeting that the lockdown will now be limited to the red zone. And economic activities in the country will once again begin to normalize. However, the rules of social distance may remain the same even in areas other than the red zone. Masks may still be mandatory. It doesn’t seem possible for people to be allowed to meet each other or to travel. But even if the lockdown locks up and leaves the red zone, the country’s economy will thrive again.